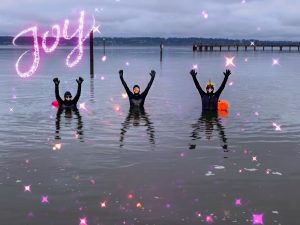 White Rock Wave Masters swim team swim out of the Surrey Sport & Leisure Complex in the South Surrey / White Rock area of British Columbia, during more normal times their home pool is in South Surrey BC. Formed in 2001, their membership is comprised of about sixty swimmers aged 20 to 96 who train together for fitness and competition.

The White Rock Wave Masters were honoured in April of 2020 by the Masters Swimming Association of BC with the League Trophy in the category of a medium sized (31-90 registered swimmers) team. The award is given out annually to the team that has scored the most number of Hy-Tek points during the regular BC sanctioned meets, prior to provincial championships.

White Rock Wave Masters have a great group of people who love to be together in and outside of the pool. During the period where pools have not been open in their community, many team members have been getting together for open water swims in the nearby lakes and the ocean. They regularly compete in open water races during the summer and have missed the traditional events this year. Many of their members are also used to seeing one other in the community at kids’ meets and other aquatic activities throughout the year. Some members have children on teams, others are long-time volunteers at swim meets in the area. While most of these events have been cancelled due to COVID-19, they organized a few other safe and socially distanced get-togethers and drive-by birthday celebrations for some of their oldest members.

Believe it or not, many of their group are still swimming in the sea (January 4th, 2021). It’s still quite the thing. Some take the plunge with only a swimsuit, booties and gloves….other go full wetsuits and swim about 2000m. The water temperature is 4,8º to 5,2ºC.

The White Rock Waves have a few sponsors who provide them periodically with t-shirts and caps. They have an active website (whiterockwave.com) giving all the information about registration and trainings and Facebook page (facebook.com/WhiteRockWaveMastersSwimTeam) with a number of great photographers amongst them who document their events. The White Rock Waves are looking forward to getting back in the pool soon!

Looking back at the 2020 season there is still cause to rejoice and celebrate Masters swimming in Canada.

2021 will provide new opportunities to swim; in our club pools, in our back yards, in lakes and the ocean, when the water calls Masters Swimmers will return.  Until then, be well and be safe. 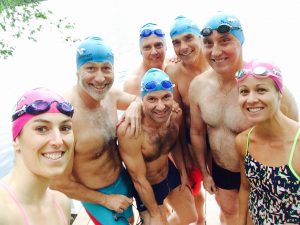 In July of 2007, as a 27-year-old National level swimmer, I hung up my workout and competition suits. I exited the age group circuit as my body was aging and I was looking forward to having a more ‘normal’ life. Regardless of the speed at which I did swim or the speed at which I swim now, I am a Swimmer and feel at home in the water.

In August of 2007 I challenged myself to participate in a 5km open water race in Lake Memphrémagog, Quebec. Let’s say the reason I saw this as a challenge is I don’t like swimming much when I can’t see the bottom, even now after so many years. Le course was 10 laps around three buoys, I completed 11!! OUPS.

Nearly a year later I joined the Club des maîtres nageurs de Sainte-Foy. During a competition at the Wilbrod-Bhérer pool I overheard teammates mention that they did some lake swimming, I displayed my interest at being invited to join them. On September 12th, 2012 I was finally invited to the lake.

The LAKE (we prefer to keep secret the location of the LAKE and only refer to it as the LAKE) is a small private lake in the northern part of Québec City (1 lap, while staying close to the shore, is about 1km). One of the Boyz has a chalet on the lake. The summer of 2011 was slipping away and Jean wanted to get rid of his surplus hamburgers before winter. He invited some swimmers to join him and the Club was inaugurated. The original Club was composed of 5 men.

The Blue Club was coloured Pink in September 2012 by my arrival as an official member of the group.

After being invited to the LAKE one Tuesday, Julie officially joined the group two weeks later on August 6, 2013.

The formula at the LAKE is simple, we meet on every second Tuesday when the air and water temperatures permit. 18h00 in the water, one or two laps around the LAKE with stops to wait for one another and chat. We follow up with hot tub, beer, snacks, supper, desert, kiss, kiss, ciao, bye.  Each member contributes a part of the menu as established by Paul B. We make certain to meet when all members are able to be in attendance. There is also a season kickoff and season ending dinner where spouses are included. In 2018 we added a bicycle trip and in 2019 nine holes of golf. The summer of 2020 included plans to participate in the 1km swim at Lac Saint-Jean, you know how that story ended.

Sometimes we invite swimmers as special guests. The guests always contribute a bottle of wine which is shared 7 ways as I don’t drink wine so not too much foolishness ensues. We talk swimming, the guys pull out their old stories that Julie and I don’t understand as we weren’t born yet!.

The very peculiar 2020 season and summer

Pools closed in March. When you have spent most of your life swimming the withdrawal is difficult. We knew that swimming in the LAKE was going to be our best chance to have the opportunity to do a few laps. As I said to Jean “You will be my new best friend this summer”. Hihi!

Our first dip in the LAKE was June 2nd, the temperature was 67F. The coldest at which I remember ever having swum was 58F. I would certainly be able to get into colder water but right then and there the pleasure of paddling around in the cold was not present. At the start of the swimming season you can see the bottom of the LAKE and all the fish. Did I mention I am ‘afraid’ of fish? In my imagination they are monsters ready to attack…I know you will say my story is incredibly unrealistic but even my pulse increases when I see the little beasts with gills below or in front of me.   In the LAKE I have acknowledged a few yellow perch, bass and pike. I’d rather not remember the pike caught off Jean’s neighbours dock in July 2017.

The guys know that I never swim alone in the LAKE and that I prefer to always have visual contact with a teammate. This year I completed my first solo lap like a big girl. I know the areas where I am most afraid. I think I prefer where I can see the bottom and the enemy coming than the deeper parts.

This year I have been able to spend more time than ever with the Boyz. Julie realized that Jean, who is a good golfer, could use his laser to measure the distance between the docks. We measured the distance between the different docks and ours and subsequently created workouts. There is a 25m dock (the neighbour), a 55m dock (the one with the black ladders), a 108m dock (the beat up one), a 120m dock (Ti-Mel & Ti-Pat’s), a 150m dock (the grey one on the other side of the lake). We swam our sets 4 swimmers abreast; going straight in the backstroke was challenging.

I had some great times this summer. We had great weather. The LAKE got up to 82F at 6h30 one morning. For a lake that’s warm. I swam 38 times in the LAKE this summer.

The other residents around the lake saw lots of orange caps this summer. We inspired some to get in the water with safety buoys for their solo swims.

We have a closed Facebook group where we share pictures taken over the years. We record the water temperature on our outings. During the lockdown we had Zoom meeting where Jean quizzed us on the history of swimming.

This summer several member of the group purchased wetsuits so swimming was more agreeable at the end of the summer. Some of us required more coverage than others!

Next year the members of the original group will celebrate their 10 year anniversary, party with hugs or a Zoom party, time will tell.

The December challenge has been launched and we invite you to participate. See the CHALLENGES tab for more information.

The Swimming Canada Masters Swimming Committee met for the first time this season, in October, to review the projects completed during the 2019-2020 season and to help set priorities for the upcoming season. While we are living in extraordinarily fluid and challenging times, everyone is motivated to engage with our community.

The new season brings a new face to the committee and we are pleased to welcome Ian Sutherland of Nova Scotia. Ian was an age group swimmer in New Brunswick growing up and returned to swimming with Masters in 2014 in Halifax. Ian brings his enthusiasm for Masters Swimming to the committee and his perspective from the Maritimes. Welcome Ian!

We see the departure from the committee of Sylvie Potvin of Quebec and Étienne Beaulé of New Brunswick. We thank them for their invaluable contributions this past year, their assessment of Masters Swimming in their respective provinces and their vision on the advancement of the sport. Thank you Sylvie and Étienne! 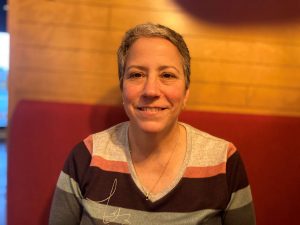 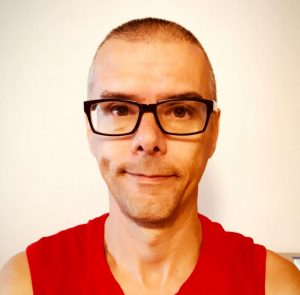 Welcome to Swimming Canada’s new Masters page. We have responded to the suggestions from 2020 masters survey by creating a more easily navigable web page for you. We will continue to enhance the information found here regularly.

We look forward to hearing from you during the upcoming season.

We swim not to escape life, but so that life doesn’t escape us. 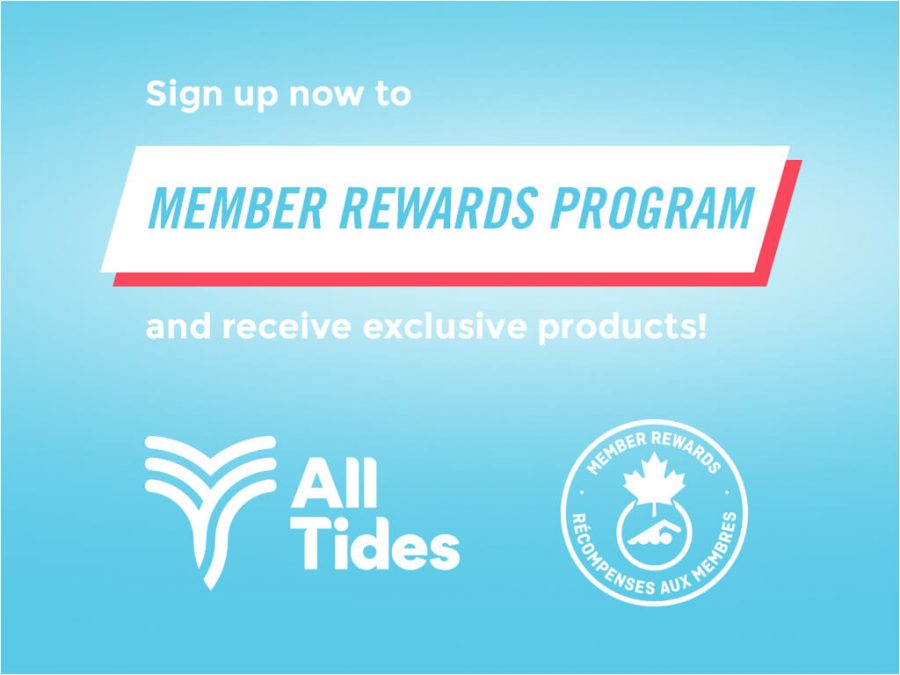